How to Tell if You’re Pregnant 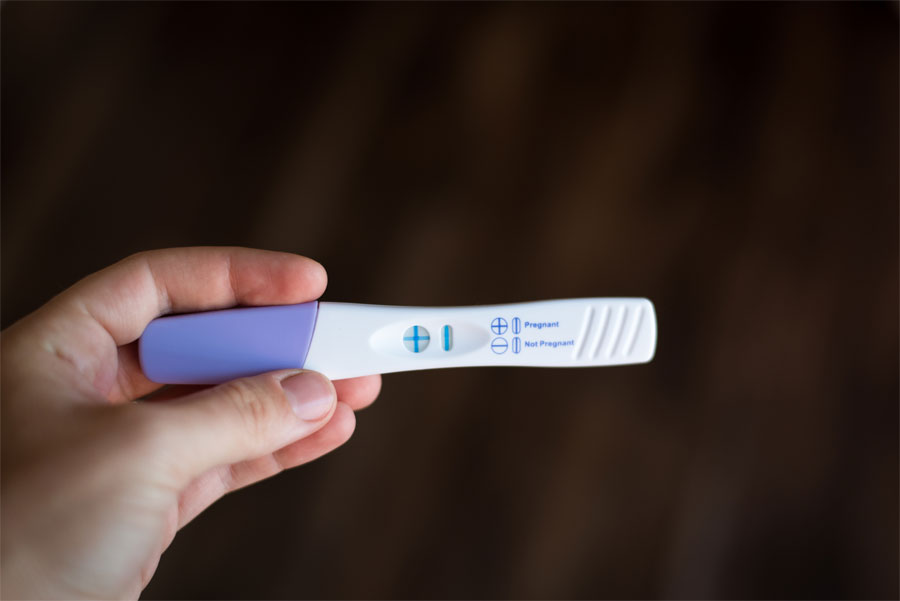 Does your body seem to be changing in ways you can’t quite explain? Are you nauseated, fatigued, and experiencing killer mood swings, but not sure why? There is a chance you could be pregnant. For some women these are welcome changes, maybe even long anticipated. But for others, unexpected is an understatement. First things first, it’s important to find out if you really are pregnant.

Everything from backaches to frequent urination is cited as symptoms of pregnancy. Many of these signs can be caused by conditions other than pregnancy, like menstruation for example. With a large number of pregnancy indicators mirroring the symptoms of menstruation, it can sometimes be tough to tell the difference. Timing is everything! As much as we all hate the task of tracking that pesky period, it is important! Having period symptoms when it isn’t time for menstruation is a big red flag that you could, in fact, be experiencing pregnancy symptoms.

Individually, ALL of these symptoms can be explained by alternate conditions. For example, a missed period can be the result of stress or significant weight change; frequent urination can indicate a urinary tract infection. The potential for alternative explanation makes pregnancy signs difficult to read. However, in combination, symptoms become a better indicator.

Positive Symptoms – What Next?

If any of these symptoms are experienced out of sync with menstruation, or in the presence of additional symptoms, a pregnancy test should be taken. Over the counter pregnancy tests are more reliable than ever. Some boast accuracy rates as high as 99%. As a rule of thumb, waiting until the week after a missed period will yield more accurate results.

There are companies that advertise detection of pregnancy as early as the first day of a missed period. Urine pregnancy tests indicate the presence or absence of the hormone hCG in the urine. The earlier a test is taken, the harder it is to detect those trace amounts of hCG as they are just starting to rise. So an early negative may not be as reliable as waiting until the week after a missed period. That being said, it is okay to take more than one pregnancy test if you truly feel like your body is changing and you are not sure why. The recommendation is usually to wait one week and repeat the test if a negative result is obtained the first time around.

The Importance Of Ultrasound

Early positives may also be a bit unreliable in indicating a viable pregnancy. With up to one-third of all pregnancies ending in natural miscarriage, it is important to follow up on a positive result. Ultrasound is the only way to definitively detect a viable pregnancy.

“This is what I’ve been waiting for!”

If you are among the women who have eagerly anticipated those pregnancy symptoms and you have received a positive result on a home urine pregnancy test, congratulations! We are excited for you. The next step is to get in touch with a licensed OB-GYN or midwife and schedule an ultrasound to confirm viability. If possible, having your initial testing done with the practitioner who will see you through your pregnancy ensures the best continuity of care.

“This is the last thing I expected…”

For the women who find these symptoms a surprise and aren’t quite sure how to feel, please know that YOU ARE NOT ALONE! Here at Bella Women’s Center, we can help. At your appointment, you will receive an ultrasound to determine if there is a viable pregnancy, and then we will go over the options available to you. Take a breath, and call for an appointment today. We are here for you!

Tags: How to Tell if You're Pregnant